Methicillin-resistant staphylococcus aureus (MRSA) is capable of triggering various symptoms once pneumonia develops. Always bear in mind that staph infections have been a common cause of pneumonia and usually linked with the flu or flu-like symptoms. Some of these flu-like symptoms are quite common, but a set of distinctive symptoms might indicate that a serious and potentially life-threatening condition has developed.

An increase in the production of phlegm typically occurs with MRSA causes pneumonia, particularly if lung abscesses occur. The mucous starts to change in color as the body fights off the infection.

In case there is stubborn cough and wheezing when sick with MRSA, it indicates that the staph infection involves the lungs and triggered the development of pneumonia. Other distinctive symptoms include deep coughing and shortness of breath or dyspnea. Oftentimes, natural breathing rhythms can instigate episodes of coughing and wheezing, particularly when inhaling air or taking in deep breaths. The episodes of coughing occur more frequently and can be intense than the coughing linked with the flu or other flu-like illnesses. 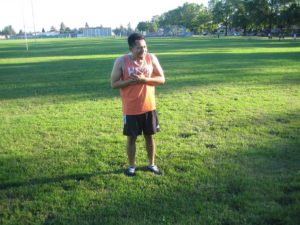 In most cases, chest pain can manifest when pneumonia develops since the lungs are required to work harder to breathe.

The body reacts to pneumonia by developing fever. Fever that is higher than 100.5 is an indication that pneumonia developed among individuals with good health. Individuals who have weakened immune systems might develop a temperature lower than normal. In most cases, chills can occur as a response to the increase in the body temperature while hot flushes can occur among the elderly or those who have weakened immune systems as a reaction to a decrease in the body temperature.

In most cases, chest pain can manifest when pneumonia develops since the lungs are required to work harder to breathe. In addition, the chest muscles end up sore due to the persistent cough.

The chest muscles will also start to ache since the lungs push up against the chest wall. This forces the lungs to work harder in order to breathe and eliminate some of the infection in the lungs along with the bacteria in the phlegm that can come up with coughing.

There are also other symptoms that can manifest once bacterial infections attack the body. The usual symptoms also manifest once an individual is infected with either condition and become severe as a secondary infection develops. The symptoms include the following:

In most cases, the flu-like symptoms typically manifest before the distinctive symptoms of acquired pneumonia manifest such as severe symptoms that affect the upper respiratory system as well as the temperature.