Plugged ears have been a common issue and can be considered as an indication of an underlying hearing loss. Any object that blocks the exterior, middle or inner ear can disrupt with the normal hearing mechanism and results to diminished level of hearing.

Conditions including the presence of foreign objects, wax and middle ear infections inhibit the sound from going through the inner ear. Noise and aging can cause a nerve-type hearing loss in the inner ear. Early diagnosis of the exact cause of the blockage in the ear can help determine the suitable treatment plan.

The typical cause of plugged ears is the buildup of wax. It is important to note that wax is naturally produced by the glands in the ear canal and can result to fullness, itching, blocked sensation and pain in the ear. 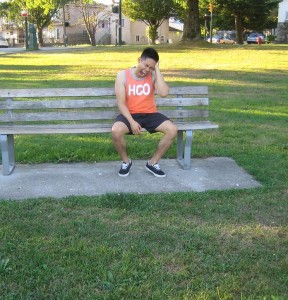 An acute case of ear infection occurs once the fluid in the middle ear becomes infected and triggers a sensation of fullness and ear pain.

Children are usually prone to insert small toys, beads, seeds, peas and buttons in the ear. In some cases, adults might leave behind cotton buds while cleaning their ears, thus allowing children to stick them into their ears. In addition, even insects can also end up trapped in the ear. Always bear in mind that these foreign objects can cause ear blockage, swelling and pain in the ear.

Cases of ear infections typically occur after a common cold. The Eustachian tube that connects the rear part of the nose and middle ear ends up clogged, thus resulting to the buildup of mucus in the middle ear. Take note that this condition is called effusion and quite common among children. This condition causes a popping sensation and a plugged ear feeling.

An acute case of ear infection occurs once the fluid in the middle ear becomes infected and triggers a sensation of fullness and ear pain. Ear infections can present themselves as dense, yellow to green discharge from the ear canal. Take note that this occurs due to the buildup of fluid and pressure in the middle ear. In some cases, the eardrum perforates, thus leaving behind a hole that can cause diminished hearing.

The bony growths in the outer ear such as osteomas usually occur among swimmers and surfers. These growths can cause discomfort and gradual loss of hearing. When it comes to otosclerosis, it is an abnormal bone growth the middle ear that prevents transmission of sound to the inner ear and causes hearing loss. If there are growths in the middle ear known as glomus, they trigger sounds in the ear, bleeding and a feeling of blocked ears.

Involvement of the inner ear

Conditions that affect the inner ear such as Meniere’s disease can cause a sensation of fullness in the ears, sounds in the ear, dizziness and hearing loss. Being exposed to loud noises or a blast can cause plugged ears due to the damage on the nerves of the inner ear.

Changes in the pressure

Changes in the pressure or altitude while travelling by air can cause unequal pressure on either side of the eardrum. This results to plugged ears especially during descent or ascent.