Malaria is a serious health disorder that causes high fever and chills. The condition is acquired from the bite of a mosquito infected by parasites. In rare instances, an individual can get the condition if in contact with infected blood.

There are 5 types of these parasites that are able to infect humans such as:

What are the indications? 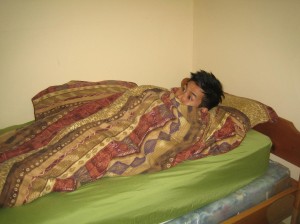 Most instances of malaria can cause symptoms similar to the flu such as high fever, chills and muscle pain.

Most instances of malaria can cause symptoms similar to the flu such as high fever, chills and muscle pain. These symptoms usually come and go as cycles. There are also some forms of malaria that can result to serious issues such as damage to the lungs, heart, kidneys or the brain that might be deadly.

When diagnosing the condition, the doctor will order a blood test that is used to check for the presence of the malaria parasite in the bloodstream.

There are medications that can be used to treat malaria but some parasites are able to survive since they are in the liver or already resistant to the drug.

It is important to seek medical care as soon as possible if an individual stayed in an area where malaria is prevalent, exposed to mosquitoes and have flu-like symptoms such as muscle pain, high fever.

Malaria can be prevented by using medications before, during and after travel to an area where malaria has been reported. Remember that using medication to prevent malaria does not always work. This is due to the fact that the parasites are already resistant to some medications in certain parts of the world.