Antihistamines are highly effective in relieving the symptoms of hay fever. Those who have the condition must check if they are using their medications correctly rather than continuing to suffer. In case the symptoms do not seem to improve with treatment, it is vital to consult a doctor to help control the condition which is also linked with the development of asthma.

Antihistamines work by blocking the action of histamine which is a chemical generated by the body after it was exposed to pollen. Take note that histamine is stored in certain cells in the body called as mast cells. During an allergic reaction, these cells allow the histamine to leak out into the tissue and blood which results to inflammation.

It is important to note that antihistamines are chemical structures that avert the action of histamine at the special sites or receptors in the nose, skin, airways and blood vessels.

Can I use antihistamines?

The older versions of antihistamine such as chlorphenamine are considered effective but can cause drowsiness. These can be dangerous if driving a car or working with machinery.

The various forms of antihistamine for hay fever include loratidine, cetirizine and fexofenadine. Unlike with older antihistamines, the newer versions should not cause drowsiness, but this can intermittently happen in some individuals.

If this occurs, avoid driving any vehicle or operating tools or machinery. A doctor should be consulted so that an alternative antihistamine can be used. There are also other side effects in some individuals such as dry mouth.

How to use antihistamines for hay fever 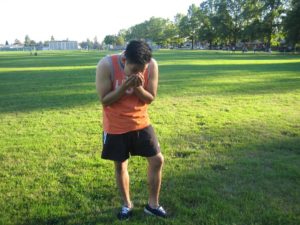 Individuals who experience symptoms of hay fever must use them regularly. These medications work more effectively if taken during the hay fever season.

Antihistamines are available over-the-counter and have been used throughout the years for their effectiveness. Individuals who experience symptoms of hay fever must use them regularly. These medications work more effectively if taken during the hay fever season.

These medications are available in eye drops and nasal sprays for those who do not want to take them orally. These target specific parts which makes them useful in cases of itchy eyes.

Among children, some antihistamines are available as liquid. It is oftentimes useful to start taking antihistamines a number of weeks before the symptoms start, if they start at a foreseen time.